On the Sites page, you can tune the settings for eBay regional sites: shipping countries, price correction rate, and the account on behalf of which the items are published on this site. In particular, you can:

1. Turn on the sites you want to sell your listings on — and immediately see its publication progress: 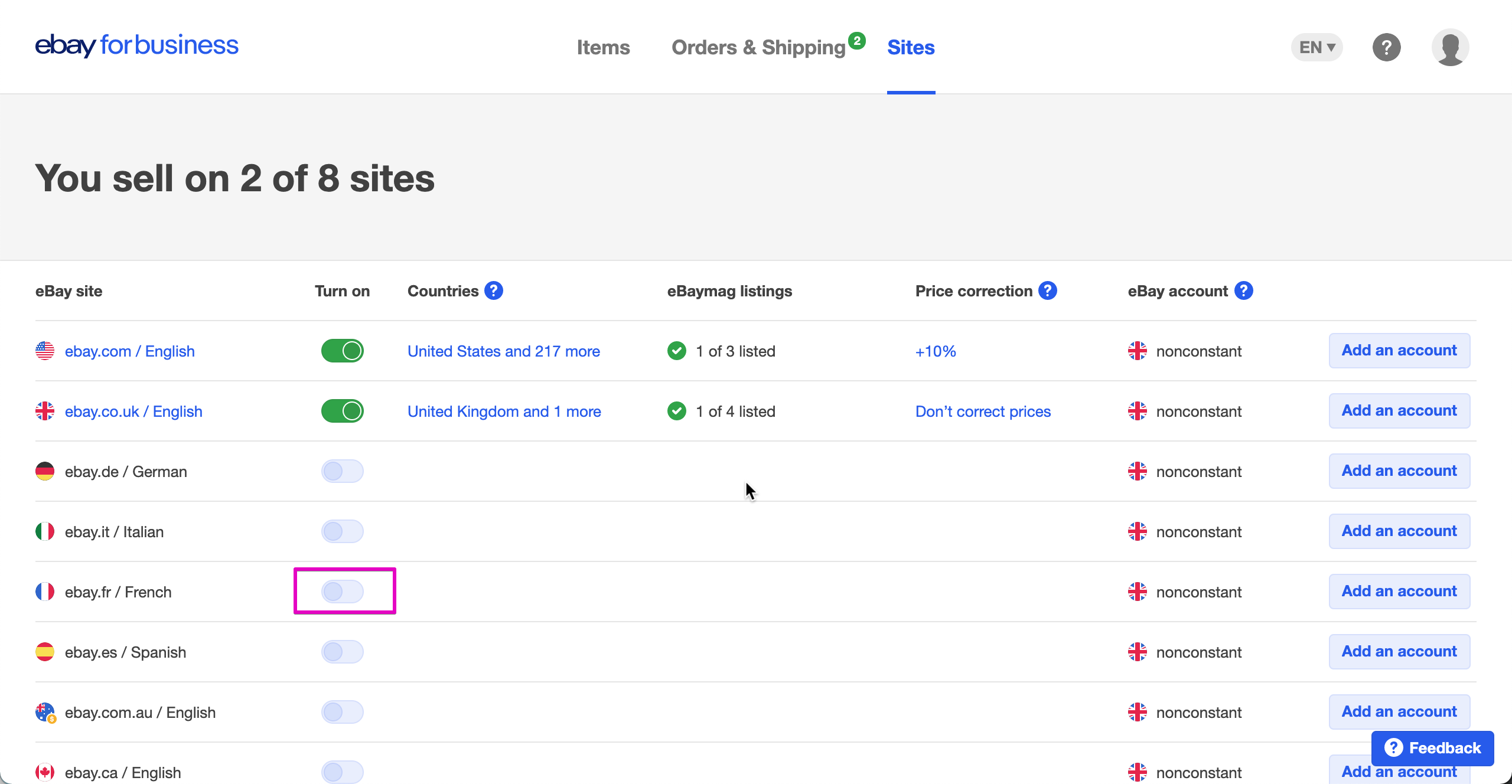 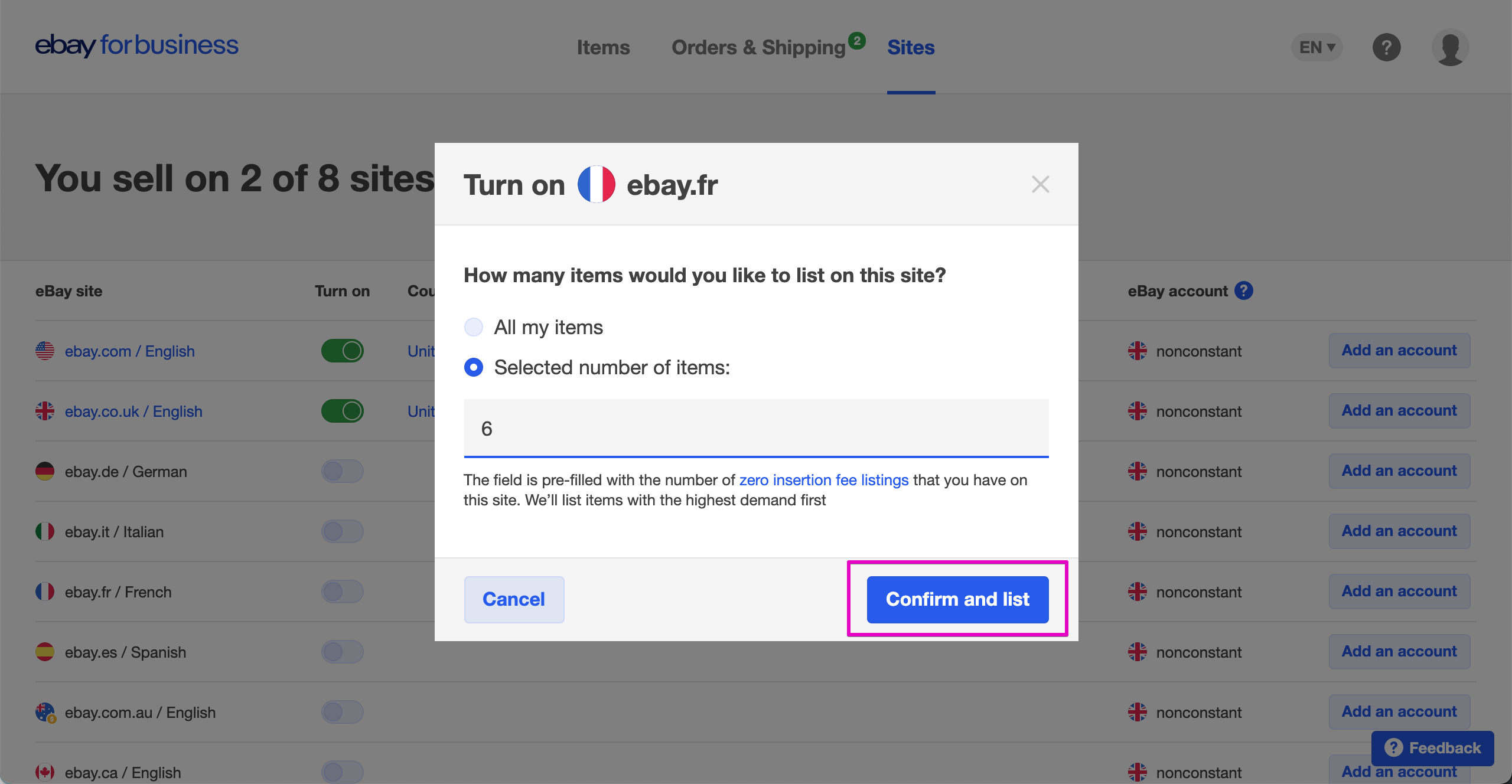 2. Set up countries to sell from these sites.
Each item is sold to a certain country on only one international eBay site.
Those exclusions prevent domestic buyers from seeing all localized versions of each listing. It applies to all listings created via eBaymag, but the list of shipping countries in your original listings remains the same.

The exclusions are added on a country basis. For example, a eBaymag DE international listing has exclusions to the rest of the countries where you list internationally with eBaymag, i.e. to ES, FR, IT

The exclusions will be implemented by eBaymag during the listing eligibility process. 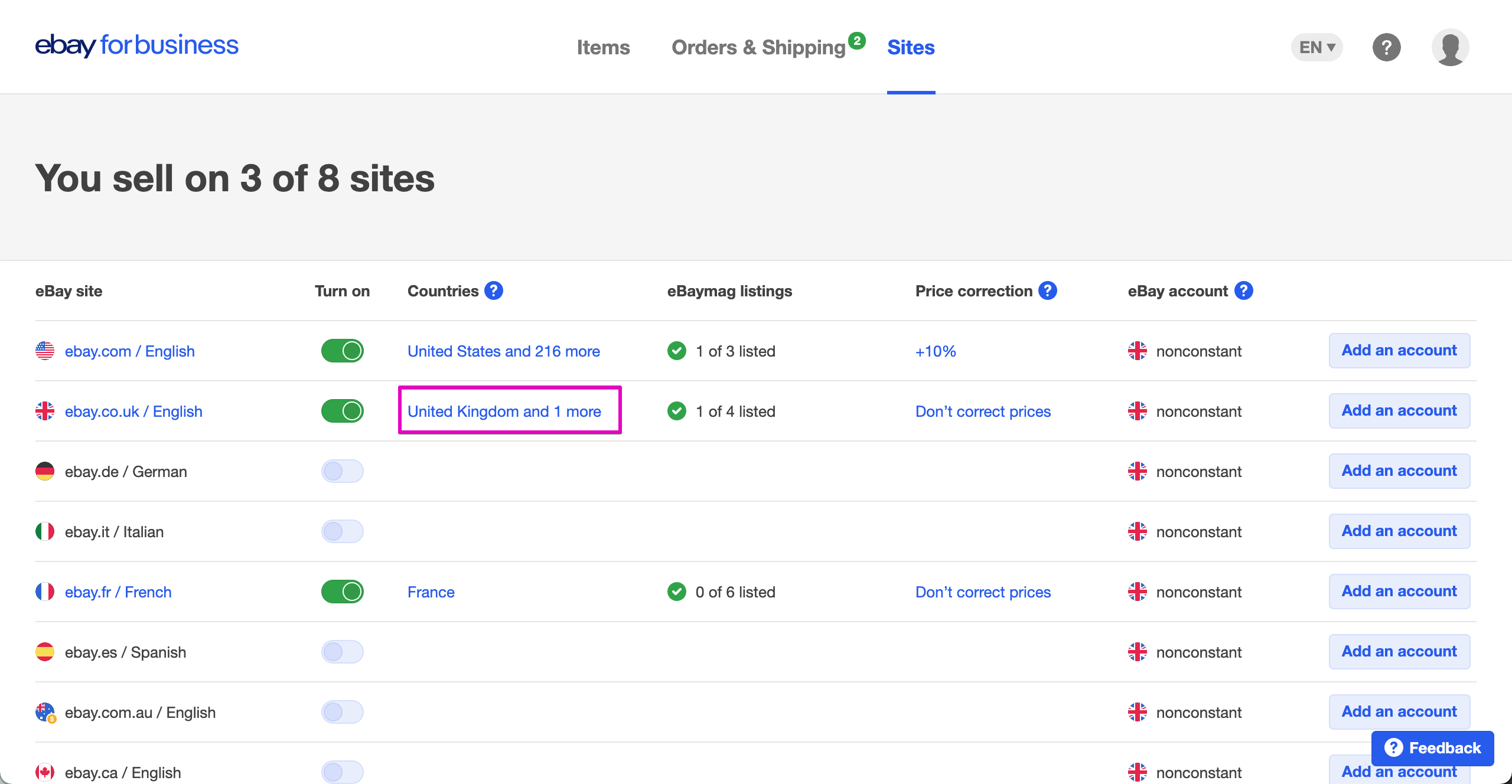 3. Specify by what percentage you want to reduce or increase the prices of all items on the particular site. You can set both positive and negative correction percent: 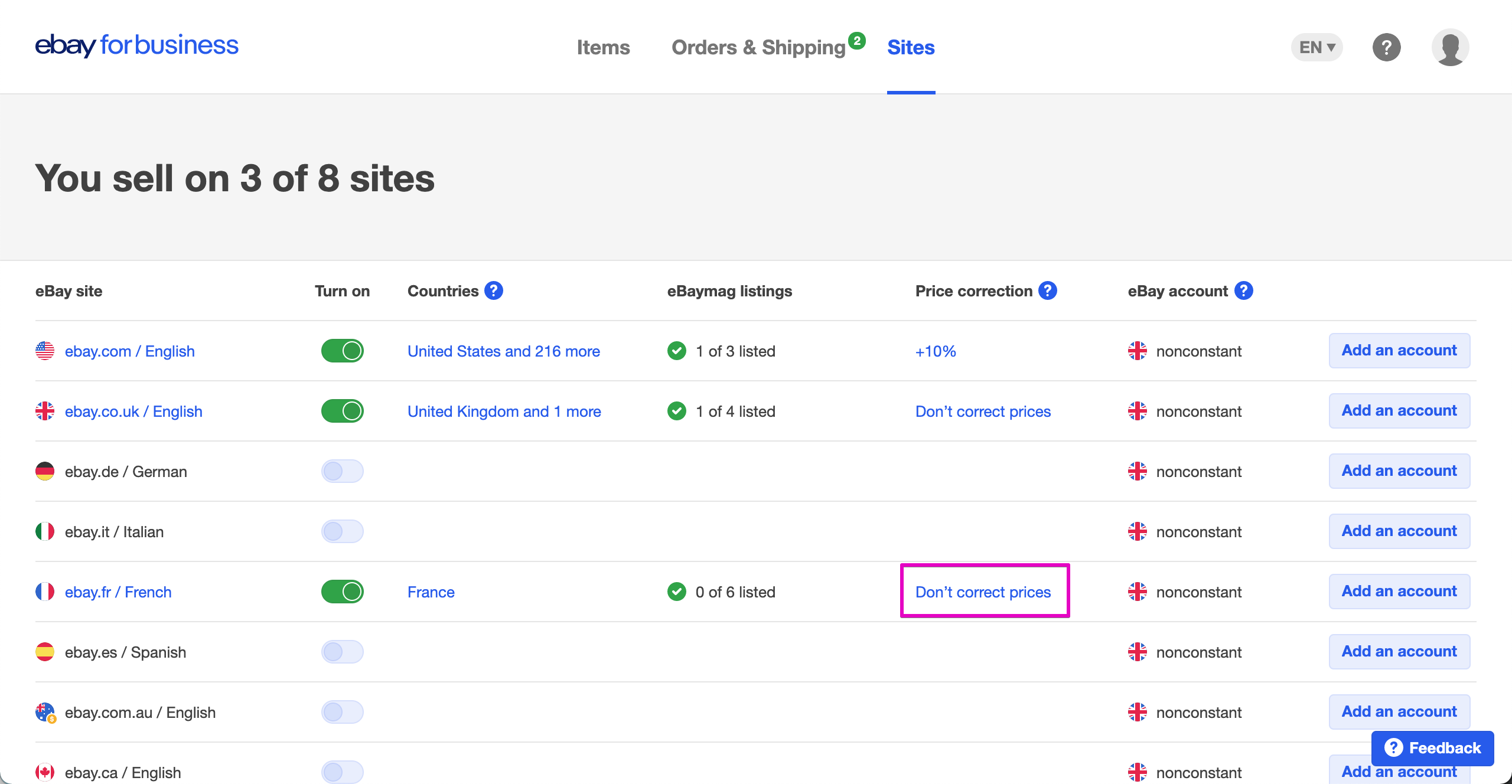 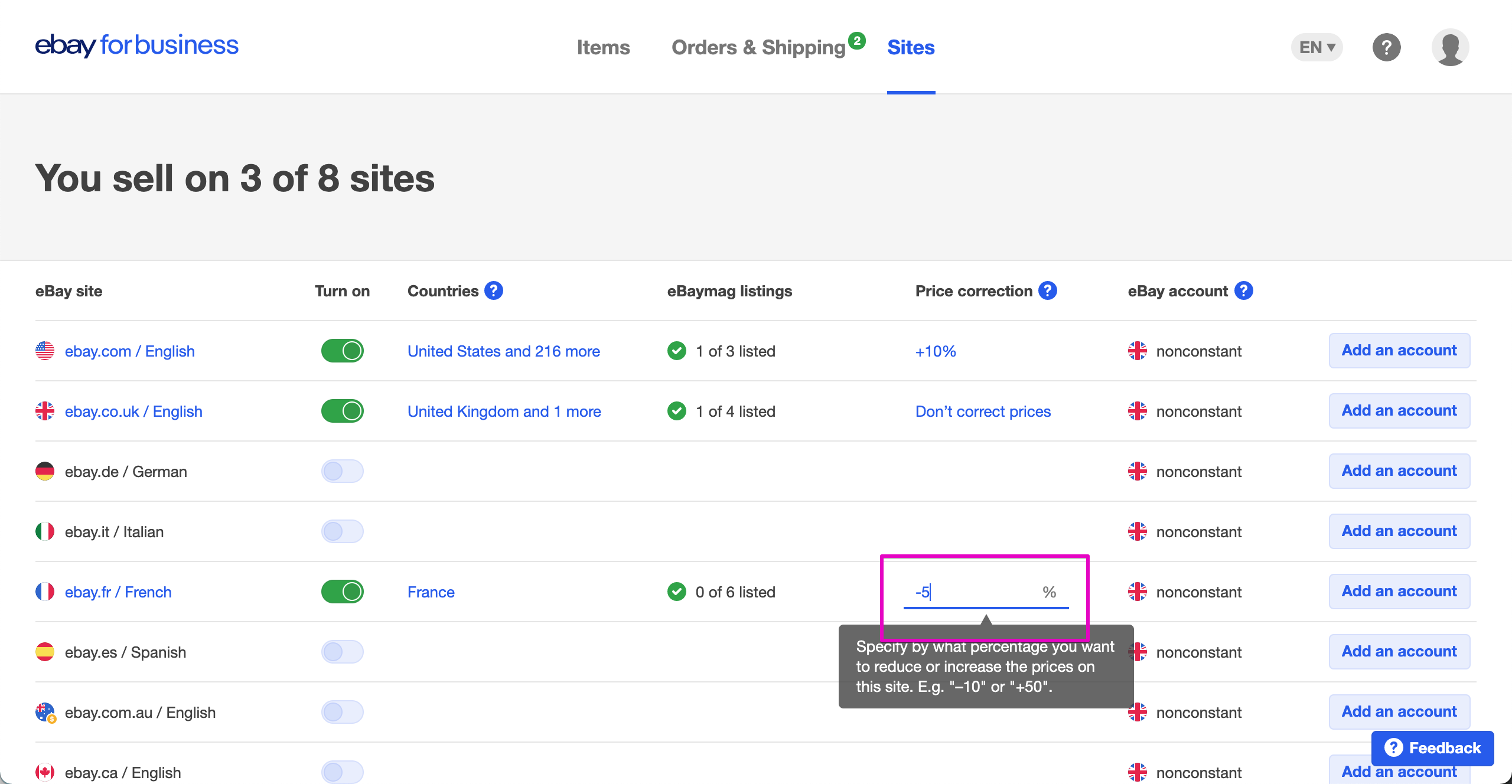 It may take up to several days for prices on a regional site to be updated after setting up the correction rate.

Please note that prices that you manually set earlier won’t be affected by the correction, as they are regarded as prices with correction rates already included. Thus, price correction works only for listing prices that are calculated automatically by eBaymag according to current exchange rates (these prices are written in italic font in the interface):

4. Exclude countries you don't want to ship to: 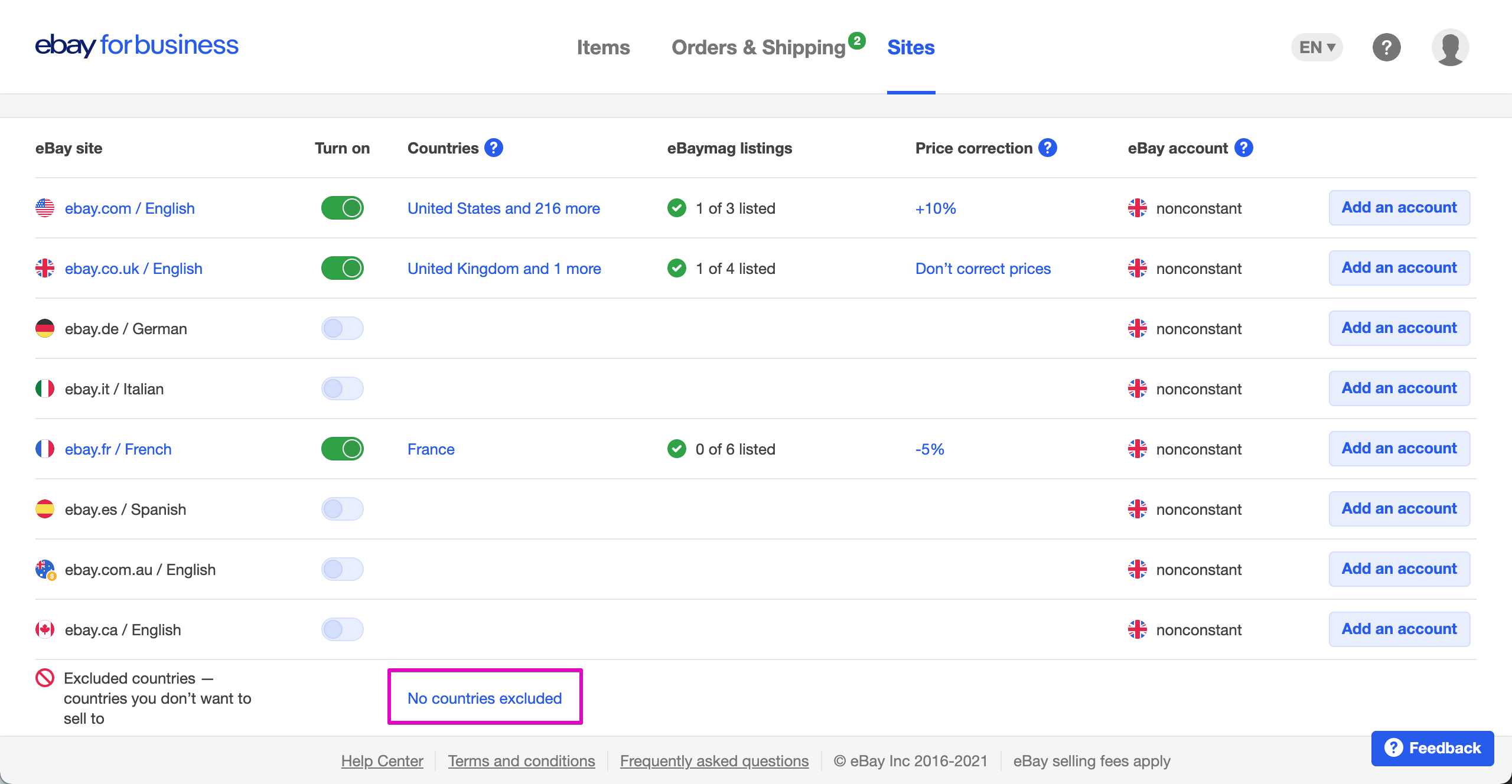 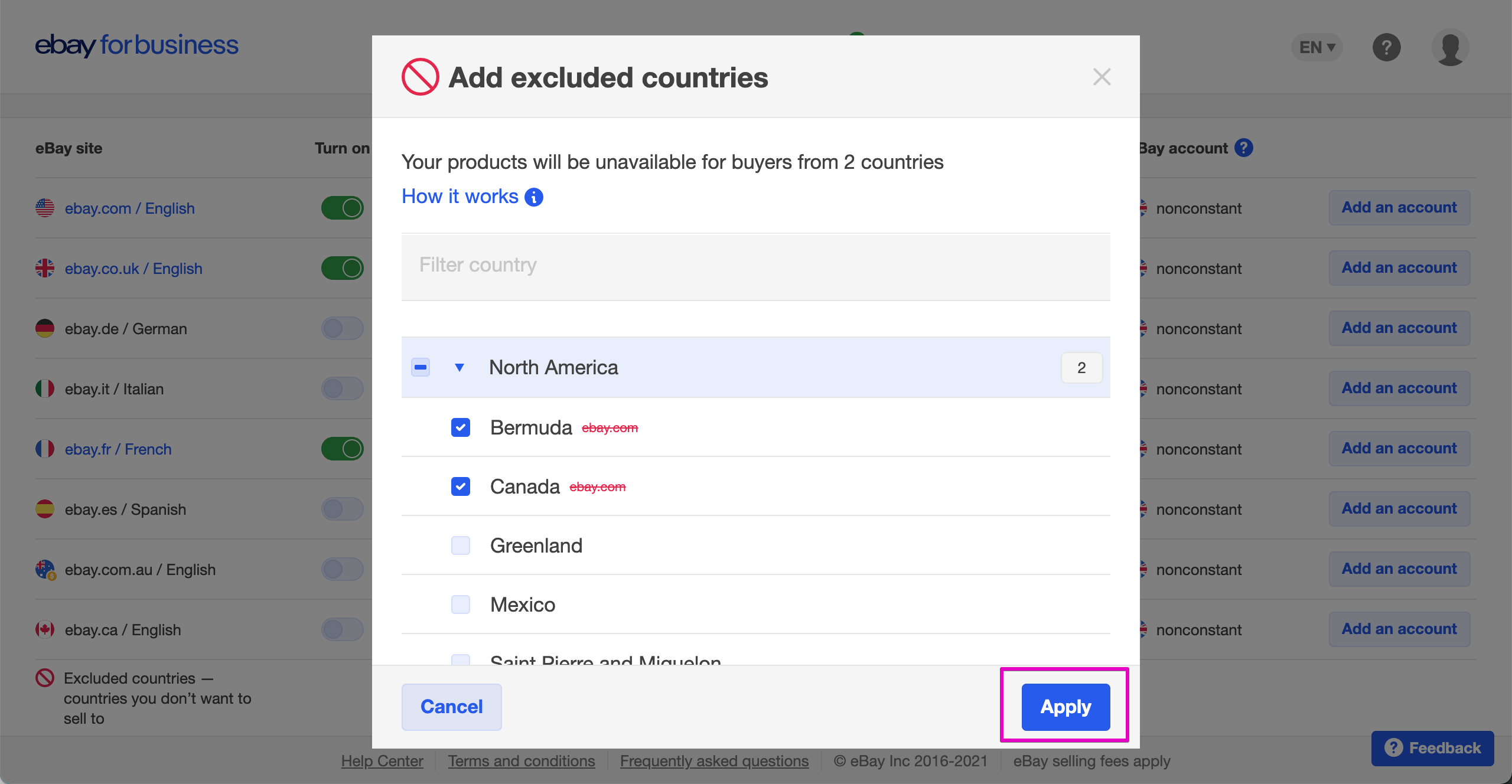 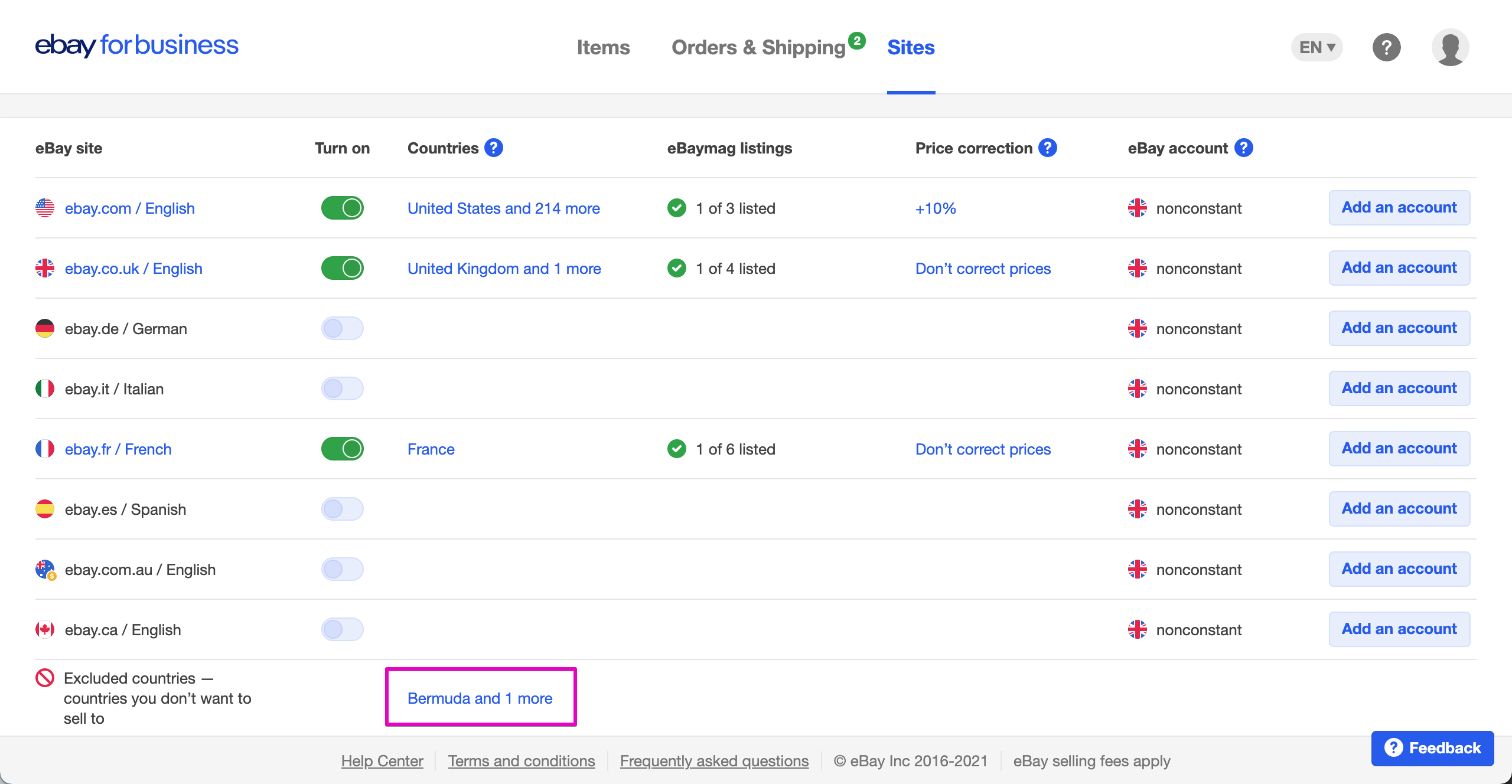 4. Link multiple eBay accounts to the sites. Learn more about how to do it in the next article

Did this answer your question?